Mayor and L&Q to invest £500m in one of the UK’s biggest regeneration projects, Barking Riverside 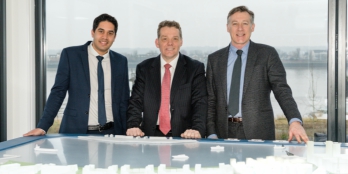 Barking Riverside, one of the UK’s largest regeneration projects, is to receive an injection of £500 million for transport links, parkland and other community facilities, alongside almost 11,000 homes.

The landmark investment has been agreed by the Mayor of London Sadiq Khan and L&Q, one of the UK’s leading housing associations and developers, who formed a partnership – Barking Riverside Limited – to deliver the masterplan for the scheme.

The Section 106 agreement, reached with the Barking and Dagenham Council and Transport for London, means the project has secured funding for: 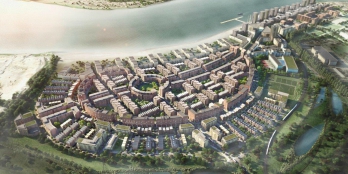 Barking Riverside will also be London’s first and only NHS Healthy New Town, which will embed health into design and living. Half of the new homes will be affordable.

The Mayor of London Sadiq Khan, said: “This is an incredibly exciting project for Barking & Dagenham, but also for the whole of London. As we tackle the biggest housing crisis of a generation, major developments like Barking Riverside will deliver thousands of the genuinely affordable new homes Londoners desperately need. As well as housing, our investment will create the new transport, education and health services needed to turn this into a thriving new community.

“London will be home to 10 million people in the next decade — I’m working to plan for that growth and to provide genuinely affordable homes for Londoners. That will mean increasing density, building on small sites, and using my powers to deliver more affordable homes.”

Andy Rowland, Managing Director – East Region, at L&Q said: “This agreement marks a vital step for Barking Riverside, ensuring we are able to deliver the necessary infrastructure to build a well-connected and thriving community which will benefit existing and future residents for years to come.”

Matthew Carpen, Project Director for Barking Riverside Limited, said: “This is another significant landmark for Barking Riverside, and signals ‘lift-off’ for all future activity on site. It commits us to over £0.5billion of infrastructure investment over a 15-year build programme. This agreement demonstrates the dedication to our partnership with the local authority and TFL, to deliver the goals of the project – a new piece of City with improved connectivity and a multitude of opportunity for both existing and future residents.”

Lucinda Turner, Director of Spatial Planning at Transport for London, said: “Barking Riverside will be a vibrant new area of east London and our improved transport connections will be vital for those who live, work and visit there. It’s important that we promote good growth – and this funding will help support more sustainable travel with the delivery of our planned London Overground connection, and improved bus, walking and cycling routes for people of all ages through the area.”

Jasmine Whitbread, Chief Executive of London First, said: “It’s hugely encouraging to see new homes, better transport links and more schools, skills and public spaces being built in London. Tackling the housing crisis is a massive task but ambitious projects like Barking Riverside show what can be done. The challenge for Sadiq, boroughs and developers is to build that ambition across our capital.”

Cllr Darren Rodwell, Leader of Barking and Dagenham Council, said: “This is a hugely significant step not only for Barking Riverside but the whole borough. It’s part of our drive to make this part of the Thames a magnet for aspirational Londoners who want the wonders of waterside living without having to pay sky high rates. Why live further upstream in Chelsea or St Katherine’s Dock when you can move to Barcelona on Thames!”

Pat Hayes, Managing Director of Be First, Barking and Dagenham Council’s regeneration body, said: “These improvements will bring in tens of thousands of homes and jobs to the borough and improve the quality of lives for residents. It’s further evidence that Barking and Dagenham is London’s growth borough.”