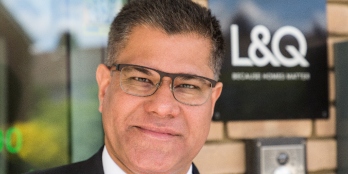 The Minister of State for Employment, Alok Sharma MP, has visited an L&Q employment support scheme to find out more about the help we offer to residents.

The Minister was invited to L&Q's community hub 'Starting Point' in Barking by Give Us a Chance, the leading membership organisation in the social housing sector and the only body that focuses on the employment and skill services and provision within social housing.

The visit took place during Communities that Work week, in order to showcase the work that housing providers do to help people into long term and rewarding work.

Starting Point is a community hub located in Barking, managed by L&Q. Starting Point was first launched in 2006 upon the completion of an L&Q development nearby. As a unique, purpose-built facility with an aim to deliver benefits to the local neighbourhoods, Starting Point supported local community groups and small organisations to flourish for many years.

The #CommunitiesThatWork campaign is in response to a research commissioned by Give us a Chance, led by the IPPR (2018). The report highlighted that unemployment amongst social housing tenants is far higher than the national average, and far outstrips any other UK tenancy breakdown: