A community of eco-conscious west Londoners have transformed a ‘messy and unloved’ stretch of Regent’s Canal into a thriving urban oasis, adding pockets of greenery to provide forage and habitat for birds and fish.


The Lower Regents Coalition (LRC), led by L&Q resident Dave Bedford, has removed over 4,000 bags of rubbish from in and around the canal, created two meadows with over 20 varieties of flowers, and planted 225m of aquatic vegetation.

The new and improved biodiverse habitat has brought more wildlife to the canal, offering shelter, spawning and nesting areas for pollinators, insects and birds alike. 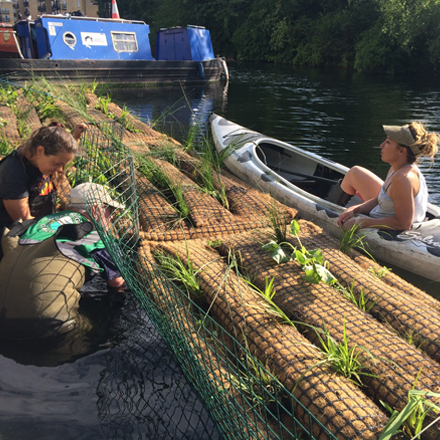 
A member of L&Q’s Resident Services Board, Dave noticed the neglected part of the canal when he moved to the area.

“I used to walk along the canal to Mile End, and I was struck by how messy and unloved our section was. My partner and I would go litter picking, and one time, someone from Thames 21 cycled past and asked us what we were doing. They put us in touch with the charity and soon we were attending training sessions on how to lead waterway events.”

Since the coalition launched in 2013, the urban gardeners have witnessed the ‘blue planet effect’ amongst local people. As the community rallied around the local gem, growing numbers have taken action to fight the rising problem of plastic pollution.

From donning waders and planting bulbs, to pulling trollies filled with bags of rubbish, volunteers have taken part in more than 3,400 towpath and water-based events over 13,500 hours.

When the Canal River Trust (CRT) drained 900m of the canal in 2016, the sight of the plastic inside was stark. Appalled by the conditions, the LRC lobbied for permission to run a clean-up event, and their volunteer base jumped from 100 to 900 in mere days. 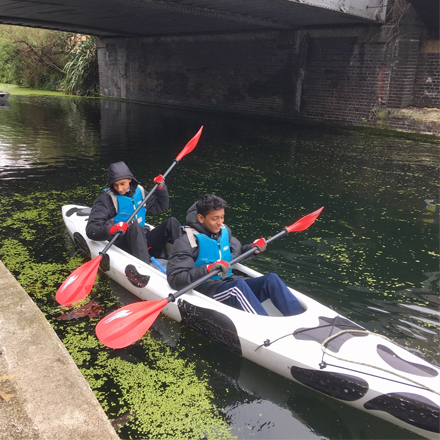 “We have lots to be thankful for in getting us to this point – most especially all of the incredible individuals and groups of people that have got stuck in at our events large and small. You motivate us to keep going and doing what we do.”

Trained in graffiti removal, the LRC have also scrubbed canalside buildings over a 1km stretch, giving a new lease of life to the Grade II listed Ragged School Museum.

The self-sufficient group are proud recipients of the Green Flag award, a benchmark international standard for publicly accessible parks, and are funded by grants including the Mayor of London’s Greener City Fund.

The future of the coalition is set to be even greener, as Dave and co. plan to run educational events for schools, and cultural and social gatherings to celebrate the heritage of the area. They are also applying to become a registered charity and have set their sights on attracting more wildlife to the canal, including the endangered water vole.

“Dave is a great example of an extraordinary everyday person going above and beyond for his community and the climate. Not only is the Lower Regent’s Canal area much more attractive, with growing numbers of people using the towpath, the LRC’s work has also contributed to considerable carbon reduction through the new shrubs. This is such a powerful example of local people leading the way in shaping the place that they live.”