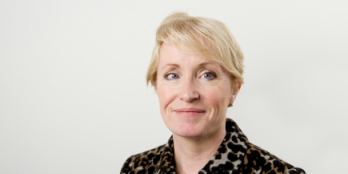 L&Q has today announced that it has appointed Fiona Fletcher-Smith as Group Director for Development and Sales, with responsibility for delivering the organisation’s plan to create 100,000 quality new homes over the next decade.

Ms Fletcher-Smith will join L&Q from the Greater London Authority, where she is currently Executive Director of Development, Enterprise and Environment. During her time at the GLA she has delivered a number of key strategic initiatives such as the London Plan, the Economic Development Strategy, and the London Environment Strategy, and also oversees the operation of the Mayor’s powers in relation to significant planning applications in the capital.

L&Q is one of the UK’s leading housing associations and developers, with more than 90,000 homes in management across London and the South East. The not-for-profit organisation prides itself on its social purpose and drive to deliver quality services to its residents, including education, training and care and support services. Over the next ten years, L&Q has an ambition to create 100,000 new homes, at least half of which will be genuinely affordable to people on average and lower incomes.

As part of delivering this ambition, Ms Fletcher-Smith will oversee landmark projects such as Barking Riverside, L&Q’s joint venture with the GLA, which will create a new town of 10,800 new homes as well as vital infrastructure, and a strategic partnership with the Mayor of London to deliver another 20,000 new homes across the capital. Her remit will also include responsibility for Gallagher Estates, one of the largest strategic land companies in the UK which was acquired by the L&Q Group in early 2017.

L&Q’s large development operation includes in-house teams to manage land and planning, development projects, construction, and sales and marketing. The department underwent a major reshaping in 2017, with the aim of scaling up to deliver 5,000 new homes a year by 2020.

“We are delighted that Fiona will be coming on board at this exciting time for L&Q. She has helped to put housing at the forefront of the London planning agenda and we hope that her passion will drive our own ambitions to help tackle the housing crisis through the delivery of tens of thousands of genuinely affordable, quality homes.”

“I’ve been honoured to have worked alongside the Mayor in developing his progressive new vision for housing in London, and am thrilled that I will be able to continue to contribute to this at L&Q, as well as leading their drive to make a positive impact on housing nationally.”

This appointment is subject to contractual arrangements and Fiona’s joining date will be confirmed in due course.

While she remains with the GLA, Fiona is stepping aside immediately from her planning decisions responsibilities and any matters that may involve a potential interest for L&Q.

Fiona is currently Executive Director of Development, Enterprise and Environment at the Greater London Authority. As a member of the Corporate Management Team at City Hall, Fiona is responsible for overseeing the delivery and implementation of key strategies, programmes and projects in areas such as regeneration, planning, economic development, transport and the environment. She has delivered a number of key strategic plans such as London Plan, the Economic Development Strategy, the London Environment Strategy, and in overseeing the operation of the Mayor’s powers in relation to significant planning applications in the capital. Fiona has also led on London’s devolution deal in relation to additional planning powers and adult skills.

A graduate of the University of Northumbria and the London School of Economics, Fiona has worked in a variety of voluntary and public sector roles from advising homeless people in Dublin, to housing management, development and regeneration and strategy and policy development. Working at a number of local authorities, Fiona has led housing, planning, regeneration, waste, transport and community safety teams.