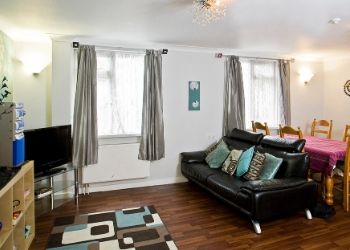 In an undisclosed location in London, staff at the UK’s only refuge for victims of domestic abuse with learning disabilities are working hard to change the lives of five women.

Beverley Lewis House, run by L&Q, is the only one of its kind despite the overwhelming correlation between domestic abuse and people with learning disabilities.

Women with a long-term illness or disability, including those with learning disabilities, are more than twice as likely to have been a victim of domestic abuse in the last 12 months.

A team of 10 extraordinary care workers keep it staffed around the clock.

Its residents say the facility has been transformative.

One resident, Emma*, has been able to turn her life around after two years at the refuge.

After being sexually assaulted by a family member and the death of her grandma, her life had spiralled out of control.

“I’d been really ill,” she explained.

“I was banging my head on the walls and having spasms. I had lots of horrible thoughts in my mind.”

Emma, who is now 32, began gambling, and sold sex to fund her habit.

“I was going around sleeping with horrible men. They were exploiting me,” she continued.

But since living at Beverley Lewis House, where she goes to weekly drama therapy sessions as well as on day trips with the other residents, she says her life has changed. 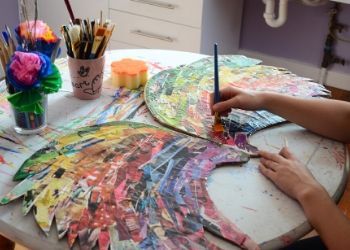 “I’ve improved so much since I’ve been here. I go to the gym now. I don’t hang out with men anymore and people don’t do horrible things to me anymore,” she said.

Colleagues at the refuge have even set up a volunteering opportunity for Emma, who now works with the elderly at one of L&Q's care home.

“I love it so much. I love the elderly people,” she said.

“It’s local, we sing to them, talk to them, and cook toast for them. I love it there.

“Beverley Lewis House has helped me a lot. I’ve got friends. My next step is to concentrate on getting control of my money back and getting a paid job.”

Residents at the refuge can take part in various classes, including art, drama and yoga and often cook together and socialise in the communal area. 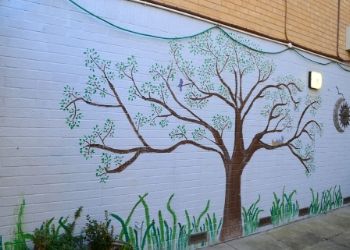 Each resident is allocated a key worker and has monthly sessions to map their progress against their goals.

Mel*, 25, was referred to Beverley Lewis House after being held hostage and abused by her ex-partner and friend.

She described in harrowing detail how they took turns using a knife to slash her arms – and the scars are still visible.

“My boyfriend said he was going to murder me. He said ‘I’m going to end your life,’” she said.

“Another time my friend’s partner started saying he was going to burn me.

“I was really frightened. They took my phone away and snapped my sim. They tried to get me to eat cat food and cigarette butts.”

Police were able to find Mel, after she escaped through the window. She spent two days in intensive care.

She says Beverley Lewis House came along just at the right time, when she had nowhere else to go.

Supportive staff at the refuge stop at nothing to ensure residents are happy and safe.

Another woman who lives in the home, Karen*, is autistic and has dissociative identity disorder, and was sexually abused by her father.

When she first arrived at Beverley Lewis House, she was self-harming and making regular attempts on her own life – sometimes more than once daily.

Kind staff members worked to create her a sensory room in the spare bedroom of her flat, with cuddly toys, blankets, squishy floor and lots of lights and cushions.

She said: “I go in there to relax. It was a space I used for when I had meltdowns so I couldn’t hurt myself but I don’t need to use it much anymore.”

Since moving into the facility two years ago, she has used public transport for the first time, become far more confident and was even shortlisted for the rising star award at L&Q’s Creating Places awards.

“Beverley Lewis House played a huge part in my improvement. I wouldn’t have got this far if it wasn’t for them.

“They definitely saved me. I can’t count the number of times they have saved me.”

Around the building, examples of Karen’s art and photography are proudly displayed alongside photos from group trips and other residents’ paintings.

Women tend to stay in Beverley Lewis House for around two years, before moving on, but the facility offers a continual outreach service to those who have left.

When she moved in, she could barely speak after years of neglect and sexual abuse, but after four years she was able to move out alone.

“I was really shy when I first moved in. I needed to learn a lot of things, like talking and how to communicate and how to pay bills – practical stuff,” she said.

“I love it here, they’re awesome.”

The fact the service is the only of its kind despite the clear improvement it makes on the lives of its residents.

“I think it’s a beautifully unique service and the one in the country still,” manager Lisa Scivetti said.

“It’s always been a valuable service because it deals with the crossover between specialist services for people with a learning disability, mental health and domestic abuse.

“There’s definitely a massive gap and we’re the only service bridging that gap.

“It’s an amazing service and it’s developed so much in the last 12 months with the addition of our positive behavioural support lead, who supports residents around behaviours of challenge.”

Due to a lack of understanding around these women's specialist support needs and the existence of schemes like this, victims often end up in psychiatric facilities, hotels or back with their abusers.

L&Q has supported 195 women in the last 25 years at Beverley Lewis House.

* Names have been changed to protect the identities of the women