Youth club hoping to re-open after being awarded £50,000 grant

A vital youth club which was closed down is about to receive further refurbishment thanks to a £50,000 grant.

The grant, provided by housing association L&Q, will sponsor the cost of essential repairs needed on the Grove Park Youth Club in Lewisham.

The club closed in 2013 after cuts meant the council could no longer afford to maintain it – but a group of dedicated local residents came together in response.

The volunteer Grove Park Youth Club Building Preservation Trust (GPYC BPT) was set up in December 2016 in a bid to reopen the club to the community in one of Lewisham’s most deprived wards.

GPYC BPT chairman Rob Clayton said he hoped that the planned resurrection of the club would improve community cohesion in the area.

Two incidents of serious youth stabbings were recorded in the period since the youth club closed and Government statistics show that crime in the club’s catchment area rose between 2010 and 2015 despite an overall reduction in crime in the borough.

This means a permanent youth facility is much needed in the area, which is home to around 7,000 young people.

The building, which has stood since 1966, was saved from demolition in August 2017 after a determined campaign by the trust.

The GPYC BPT are working in partnership with Phoenix Community Housing, which will carry out the repairs, building owners Lewisham Council and L&Q to bring the youth club back to life. 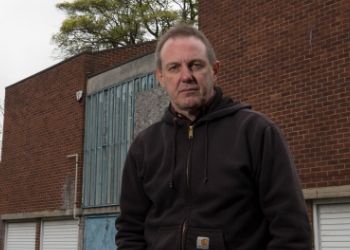 GPYC BPT chairman Rob Clayton has lived in the borough for 19 years and has two teenage daughters.

He said: “It’s been there for 40 years and it’s an integral part of the community. It’s a positive thing to open something again.

“We will be moving the existing youth provision back to its own building and we’re excited about that.

“Young people will have space to not only have a fun time but also to interact with professional youth leaders.

“The prospect of the building being reopened has given a positive boost to the community.

“Clearly there is a national emergency around youth violence so we do hope we can contribute to making the area a safer community.” 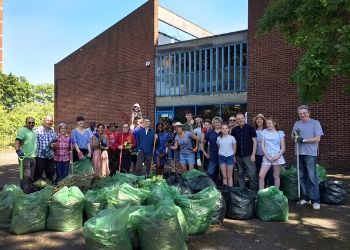 Paul Nehra, Head of Successful Places at L&Q, said: “Youth organisations are a vital part of communities, and we are delighted to be able to help Grove Park Youth Club continue its valuable work with the young people of Lewisham.”

The grant comes months after L&Q donated £600,000 to the Evening Standard’s Save London Lives campaign, run in partnership with the London Community Foundation.

The contribution, which makes L&Q the largest single donor to the £1.6 million fund, is being used to support local organisations dedicated to tackling the causes of gun and knife crime.

For more information on the GPYC BPT, please visit www.groveparkyouthclub.co.uk